Unbound ruble. Why does the Russian currency grow when the oil is getting cheaper 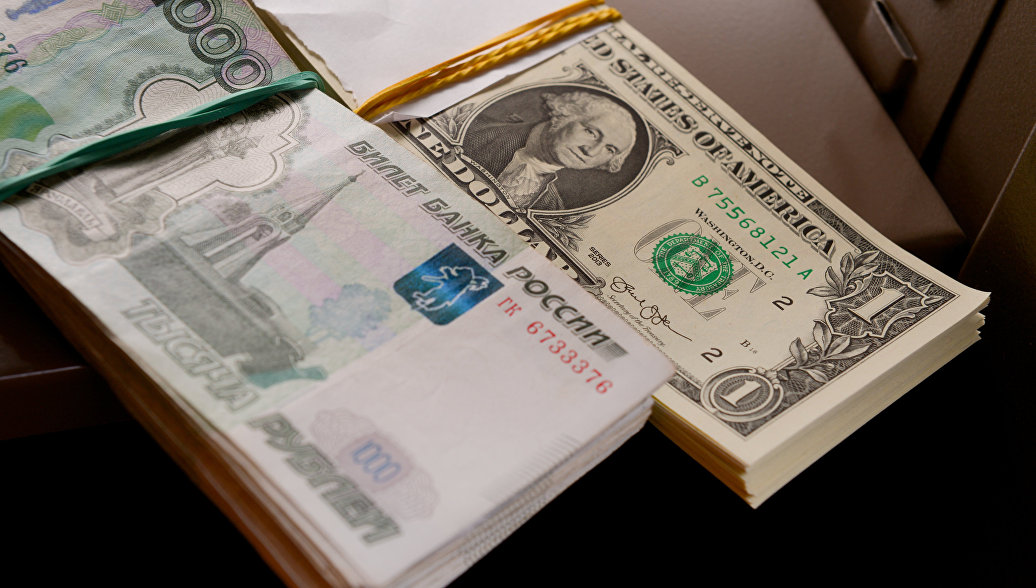 MOSKVA, November 18 – RIA Novosti, Maxim Rubchenko. The past week was marked by a phenomenal event on the domestic market: the ruble strengthened significantly against the dollar among a sharp fall in oil prices. Why the Russian currency got rid of the quote of "black gold" and what happens next with the ruble course – in the material RIA Novosti.

At the beginning of the week, the world's oil prices experienced a real collapse: on November 13, quotes were collated from 69.68 to 64.61 dollars per barrel. Contrary to a long-term tradition, however, the Russian currency did not fall for oil but was significantly strengthened: the dollar fell from 68.28 rubles on Monday to 65.86 rubles on Thursday.

Short-term ruble fractions from oil have happened earlier. For example, in November 2015, "black gold" lost in the price of ten percent, and the Russian currency fell by only two percent. The experts then spoke in vain that the ruble had got rid of the oil. But soon, the traditional connection was restored.

Another correlation error was noted in July 2016, when in the light of a sharp drop in oil prices – up to five percent a day – the interest rate on the Russian currency remained stable.

In March this year, the gap between the oil price and the foreign exchange market was officially announced: The head of Russian bank Elvira Nabiullina reported that the Russian economy's dependence and the ruble price on oil prices "fell tenfold".

"Between 2015 and 2016, the exchange rate coefficient of oil price differentials was close to the unit, that is, the rubble fluctuations almost 100 percent repeated the price movement for" black gold ", she explained." Now, according to the central bank, this indicator shows only 0.1 ".

Affected for slate. The United States took down the world oil market

Simply put, a 10 percent increase (or decrease) in oil prices would lead to a 1 percent appreciation (or consequently a weakening) of the ruble. But now we saw something fundamentally different: the ruble and oil moved in anti-phasing.

The first reason for the non-standard behavior of the ruble is strange enough with the threat of hard anti-Russian sanctions. In fact, since August, when it became known for preparation in the US Congress on two draft laws on restrictive measures against Moscow, speculators avoided the Russian market. Therefore, there is simply no one to rock the foreign exchange market on the news of the decline in oil prices.

In the absence of speculators, the most important factors for currency traders are macroeconomic indicators. And with this, Russia is doing well, because the federal budget for the current year has been established on the basis of the cost of oil at $ 40 a barrel.

The collapse of quotes to $ 65 per barrel and even lower will not affect the stability of the Russian economy. Therefore, no flight of investors from the ruble occurred.

Sanctions will not be

The second reason is the information that the Sanctions Act will not transfer at least until the end of the year. This was announced on Tuesday by Senator Bob Menendez, one of the authors of the document.

Trump turns on the gas. US LNG costs Poland too much

According to him, Congress has simply no time to impose sanctions this year, as the US parliamentarians will concentrate on more pressing issues: government spending, appointment of judges, draft law of agriculture and others in the coming months.

The introduction of the second round of penalties for poisoning Skripale is postponed for an indefinite period. The first package of restrictions, which entered into force on August 6, prohibited the sale of arms and dual-use technology to Russia, as well as lending by US authorities.

The other can affect lending through international structures (World Bank and IMF), cease Aeroflot flights to the United States and stop almost completely ceasing trade between the two countries.

Donald Trump himself has the right to choose exactly which sanctions from this list to be implemented. In addition, he may not introduce them at all or suspend at any time if he considers that these restrictions are detrimental to the interests of the United States.

Apparently, the White House will address the issue of new sanctions "on the brakes." In any event, the State Department announced the beginning of "consultation with the congress on the following actions", stressing that the law does not specify any specific deadlines for a decision.

And since the Congress has already decided on the most important areas of work in the coming months, new sanctions, if they follow, will not be soon, and are likely to be purely symbolic. For example, a ban on lending by the IMF and the World Bank, which will not have any effect, because Moscow has not had such loans for many years.

These considerations attracted new investors in the Russian market. Experts note the rise of major currency sellers who inflated the offer for dollars to a maximum of two years.

At the beginning of the evening session on Thursday, the volume of applications registered for the sale of dollars of Moscow's exchange reached 400 thousand lots of thousands of dollars each – a record since January 2017.

Congress split. What happens to the dollar and the sanctions now

On November 14 for the first time in four weeks, the Ministry of Finance released the federal loan bonds as a whole (five billion rubles) and demand exceeded the supply more than three times.

According to experts, Russian assets now look unreasonably cheap, so demand for them will grow at least until the end of the year. This is a good incentive to further strengthen the ruble.

"The current underestimation of the Russian currency is mainly due to two factors: the general weakness of the developing countries' currencies over the last seven months and the history of sanctions," said Mikhail Poddubsky, a leading analyst at Promsvyazbank. The dollar will also return to relatively fair levels. "

According to Poddubsky, with today's oil price and the absence of foreign currency purchases from the Ministry of Finance, the exchange rate is about 63 rubles per dollar.