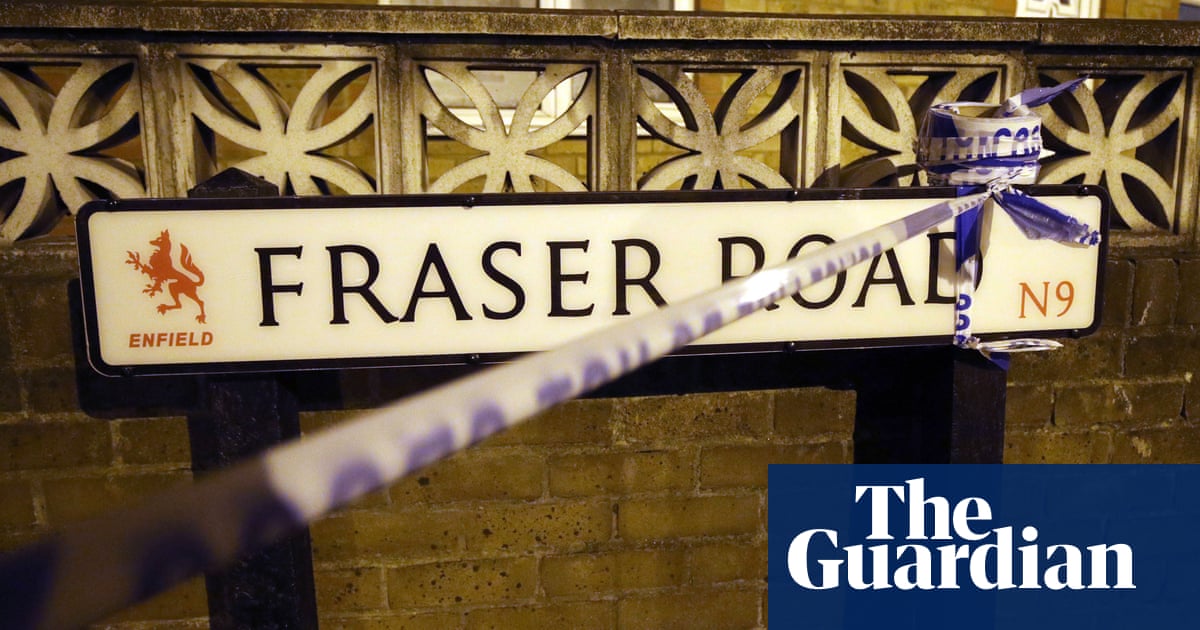 A street bomb during which two vehicles were collided and four men were stabbed in northern London on Sunday believed to be linked to a triple shoot that took place a mile away about a day earlier, according to the police.

Four men, all in the 20's, were in charge at the car crashes on Fraser Road, Edmonton, just before 18:00, by police responding to reports of a match. Three remained in hospital on Monday morning, with their conditions not revealed by the police.

Scotland Yard said officers already investigated links to a shooting at nearby Gordon Road about the same time the day before, where two 22-year-old men and a 16-year-old boy were injured when a shotgun was fired in a mini-cab where they traveled.

A second vehicle pulled up next to his car while it was stationary, police said. "At least two men went out and approached the victims. One was armed with a shotgun. The shotgun was fired twice in the back of the vehicle."

The victims were not in a life-threatening condition, although a passenger injury was considered to be "potentially life-changing". The mini-drive was not damaged.

The police said that an arrest had been made, but would not reveal whether it was linked to the first event, the second event or both. Inquiries continued and the police have appealed to witnesses and informants who can identify the attackers.

There have been 120 violent deaths in London this year, with the number of murders in the capital exceeding 118 for 2017 – excluding twelve 13 of three terrorist attacks last year.

According to a publishing library published earlier this month, London noted the highest level of knife breaks in the country, at 168 per 100,000 inhabitants per year to March 2018 – an increase of 26 from the previous year.

On Monday, the Mayor of London, Sadiq Khan, was expected to announce significant funding for youth projects across the capital in an attempt to control vulnerable young people away from crime.