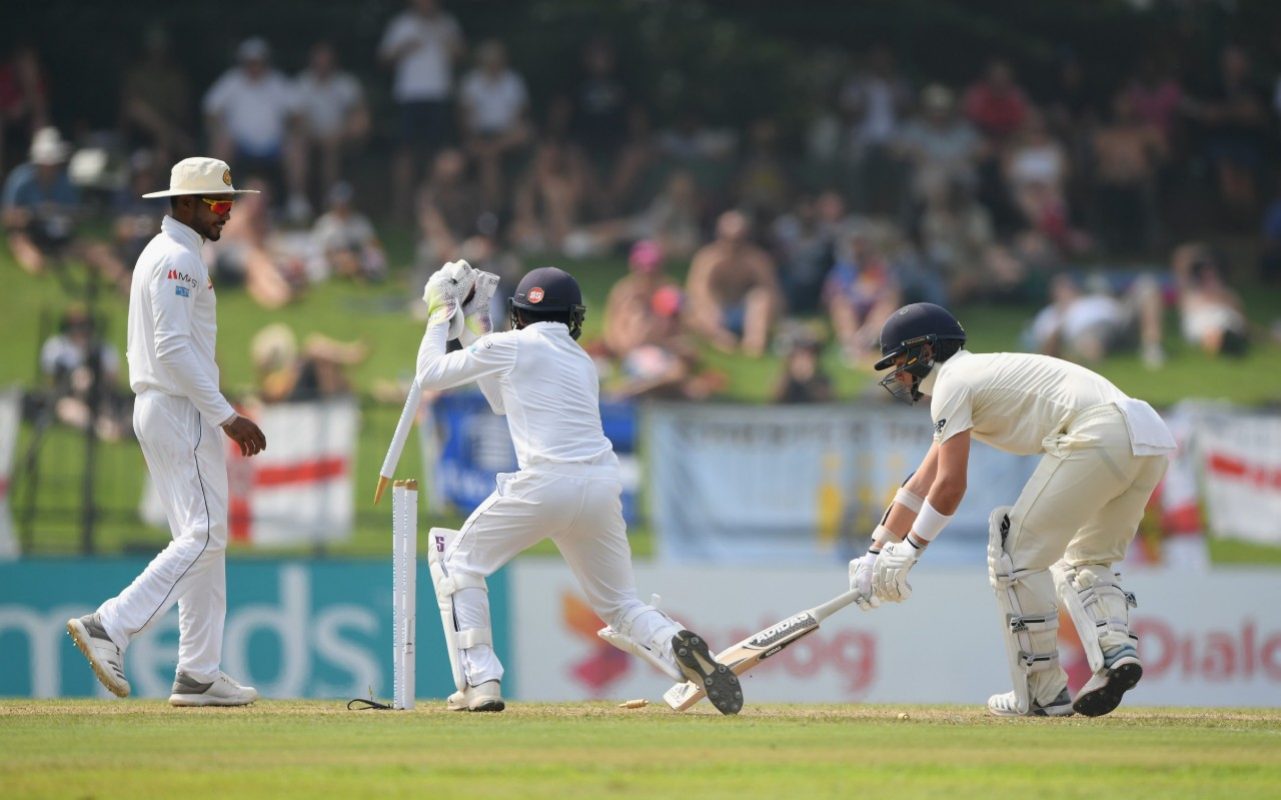 one fascinating first session in Kandy. The ball turns, the batsmen fall and England continues its positive approach.

At 120 for four, a first payout of 250 looks very competitive. England fans in Kandy will have plenty of time to visit the temple this weekend. If this game goes beyond lunch on day four, someone has played a dazzling innings. Sri Lanka has the dry turn that they want.

England won a crucial ball at a dry pitch, but unlike Galle they were dismissed by good bowling rather than ruthless batting. The batsmen were thrown out defensively but once again it is the lower order that will have to dig the team out of trouble in a test that already forms after a session to be a low-priced thriller.

Keaton Jennings fell in pace and reminded us of all his weakness after last week's century. Statuesque against Suranga Lakmal bowling around wicket, Jennings prodded an edge behind for one.

Ben Stokes came in on three, his new position, and appeared to be very positive in attack and defense using the feet to drag spin from the spinner Perera. He drilled a beautiful four down the field outside Lakmal but was lucky enough to survive an LBW review of 10 when Perera beat his defense and hit him on the hind leg. Umpire S Ravi should have expressed his luck as Perera tore the ball past Stokes's edge. This was enough to strike the stumps and be reviewed. Stokes made 19 and in his short stay motivated his campaign, showing that he has the technique of spinning and pace.

Joe Root played a bad shot, prodding forward on his forefoot to be bumped by bat and pillow through the door of the left arm Malina Pushpakamara. It was a strange, empty termination for such a nice player of spin.

Rory Burns continued to see the part. Busy at week and sweeping well, he was 43 before he was cut off the edge by sliding, taken Dananjaya (de Silva), bowlade (Akila) Dananjaya.

Jos Buttler was almost stumped on nothing, loading on Pushpakamara and missing with a wild drive. Buttles will not go down blocking. Sweep tight, reverse and conventional, he ratted together at lunch with 38 out of 32 balls testing Sri Lanka's nerve by forcing them to defensive fields despite the scoreboard.