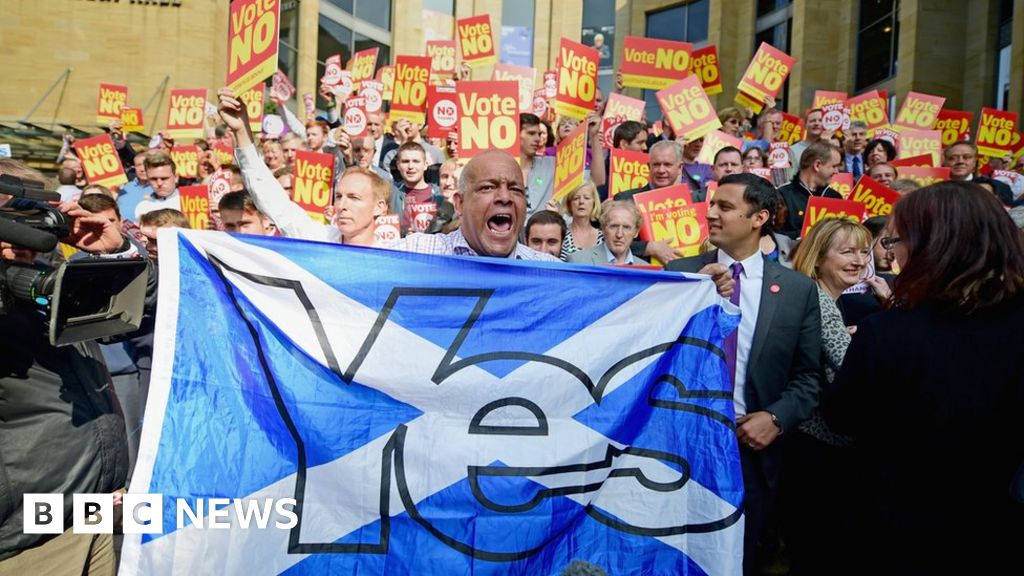 A secret poll just days before the 2014 Scottish Independence referendum caused "panic" among No campaigns, a new documentary claim.

Also in the documentary film, veteran BBC TV spreader Allan Little criticizes the views of some of his London-based colleagues for independence.

The third part of the documentary series Yes / No: In Indyref, which appears on the BBC Scotland channel on Tuesday, you look at the last days of the 2014 campaign.

Better Together, who fought for Scotland to remain part of the UK, had launched the campaign in two and a half years as much as 20 points in opinion polls.

But when election day on September 18 came closer, the result was too close to ring.

Douglas Alexander, who was a Labor MP and Senior Better Together, tells the program "Something Changed".

According to Andrew Dunlop, special advisor to Prime Minster David Cameron, the government was so concerned that it carried out its own daily tracking survey.

On Friday, September 5, less than two weeks before the polling day, its secret results showed the lead for the Ja campaign was four points.

It happened the same day that a YouGov poll was received by the Sunday Times, which showed Yes, led the polls for the first time by 51% -49%.

There was "overwhelming panic" from everyone involved with the better together, according to Ruth Davidson, head of the Scottish Conservatives.

Despite the fact that Davidson advises everyone to "keep your nervous system", plans were made at the highest level to completely change the campaign's approach.

The documentary also speaks to Nick Robinson, who was the BBC's political editor at the time.

He had a high-profile dispute with Alex Salmond, who was Scotland's first minister and head of the SNP at the time of his reporting of a plan by the Royal Bank of Scotland to move his headquarters to England in case of a yes vote.

The couple participated in a long-standing exchange during a press conference, and Robinson claimed in his news story that Mr Salmond "did not answer" the question.

Robinson told the Yes / No program: "Finally, it was a subjective view of whether he did or did not respond correctly to the question.

"It was not a smart script line. In fact, I would have rewritten it, given the chance."

The BBC television company Allan Little, who grew up in southwest Scotland and had worked for the company for more than 30 years in the referendum, told the program that he was surprised at how little some people in London knew about what had brought Scotland for that moment.

Little, who was the BBC's referendum correspondent, said: "I know how hard my colleagues in London are working to get it right.

"It's in the DNA when you're a BBC journalist.

"I'm not cynical about it, but I was totally surprised that some of my colleagues didn't understand their own assumption that the Ja side was wrong."

He added that some colleagues thought "our responsibility was to produce a number of pieces to demonstrate how stupid it would be to vote yes".

Ken MacQuarrie, director of BBC Scotland, told the BBC journalists program "left" their own opinions when they reported.

He said, "People did a professional job to the extent possible in any situation they came across."

Yes / No: Indyref is on BBC Scotland at. 22:00 Tuesday and all three episodes will be available on BBC iplayer.