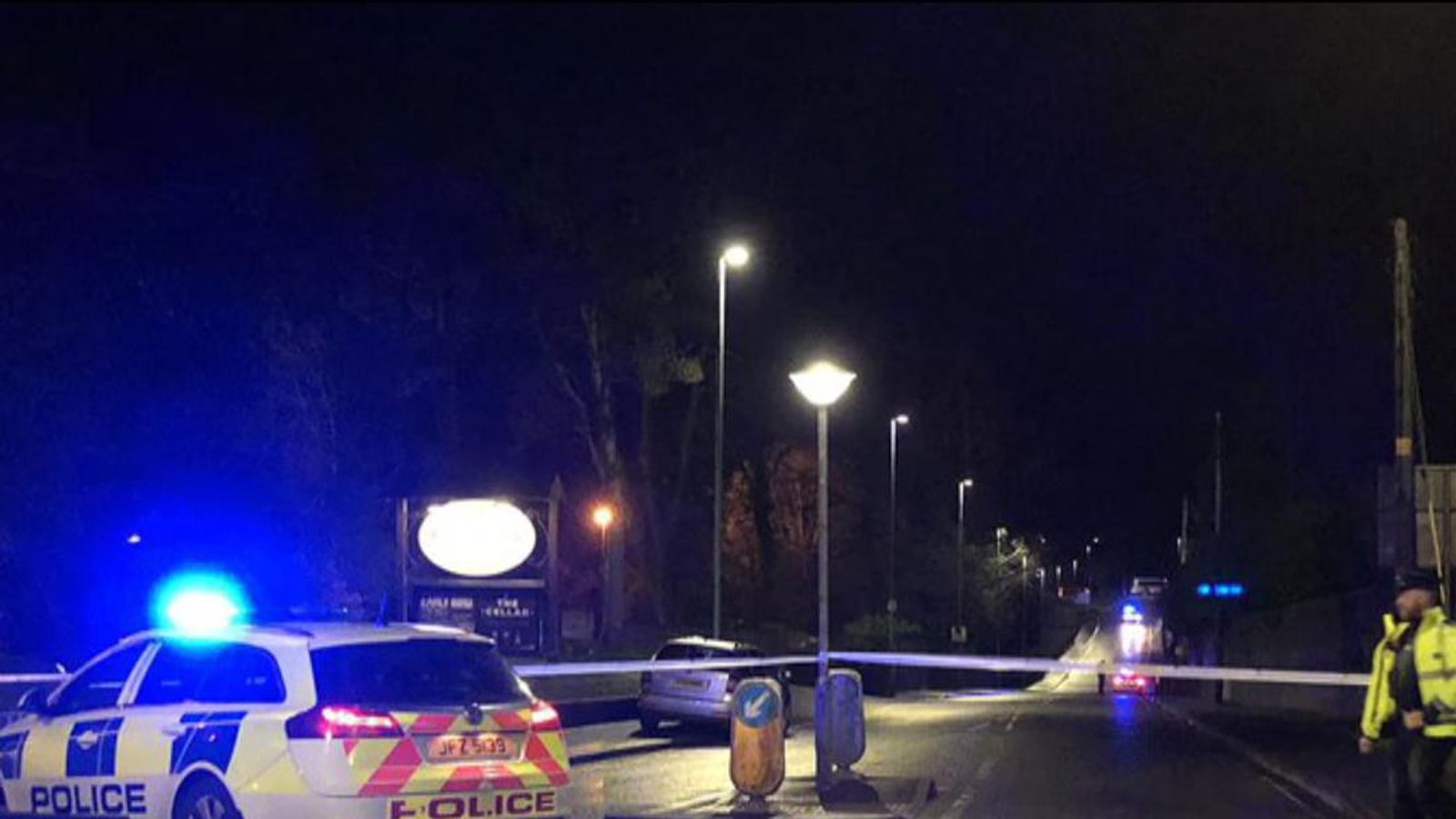 Two people died after a party at a Cookstown hotel, Co Tyrone, and a "multi-agency incident" is underway, Northern Ireland police said.

There was a "small number" of other deaths following the incident at the Greenvale Hotel, police added.

The hotel on Drum Road had held a St Patrick's Day party for young people.

While the circumstances of what happened were still being investigated, there were reports of a crush on the spot, police said.

"It is not yet clear what happened, but what we know is that the evening ended in the most tragic cases."

Shortly after the incident, the police sent a message on Twitter, which encouraged parents to pick up their children from the room.

Emma Heatherington, whose two sons aged 17 and 18 had been at the event, said she "felt sick" when she saw the police appealing.

"My two boys were there so I called them, shook and luckily got them both," she said. "They were returning home at that time.

"They say there was a large crowd waiting to enter the room and then a lot of cleanup near the gender front, so they said the emergency service arrived and they were all asked to leave.

The Northern Ireland Ambulance Service said it had taken four people in the hospital.

"Three patients have been taken, by ambulance, to Antrim Area Hospital for treatment for various injuries and another to Craigavon ​​Area Hospital."

It said it had received several calls from 9 am. 9.30 on Sunday and sent two quick response paramedics, two doctors and five emergency personnel to the scene.

Assistant Chief Constable Mark Hamilton said: "I can confirm that there are two deaths at this stage and a small number of other deaths."

He added: "Although the exact cause of the incident is still unknown, there are reports of a fall in love on the scene.

"Police have begun a full investigation of the circumstances."

The Democratic Unionist Party leader Arlene Foster tweeted that her "thoughts and prayers" were "with everyone affected by this tonight".

DUP's Lord McCrea told Sky News: "Young people go out and parents expect their children to come home, but some kids don't go home. Whatever the circumstances, it's an absolute tragedy."

Colin Neill, CEO of Hospitality Ulster, said: "We are devastated to hear about the confirmed PSNI report on at least two deaths tonight at Greenvale Hotel in Cookstown.

"These are shocking and tragic news, and our thoughts and prayers are with the deceased's families."