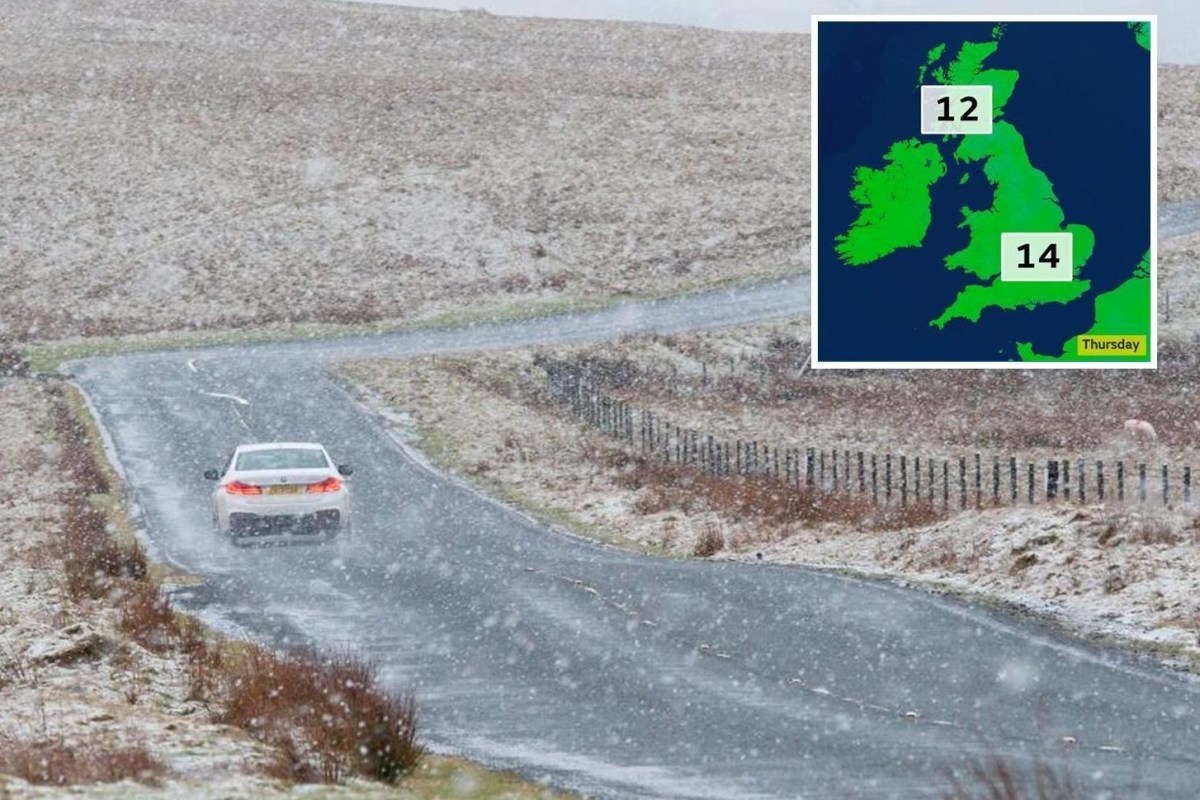 Britain will warm up this week before snow returns the country in a subzero deep freeze, the Met Office warns.

Highs of up to 14C in the south of England and 12C in Scotland will offer an early hint of jump at Thursday.

With Office meteorologist Sophie Yeomans said: “Through this week we saw more settled weather because we got high pressure and that brought the air up from the south west and that brought us the milder temperatures.

“I think we could even go up to 15C in some of the days depending on how cloudy it is. If we get some sunshine, we could see those highs in the south west of England. "

I think we could even go up to 15C in some of the days depending on how cloudy it is. If we get some sunshine, we can see those highs in the south west of England.

But Brits should not have those hats and scarves back in the wardrobe just yet.

Forecasters have warned another "Beast from the East" could be on the way – shortly after next week's heatwave.

John Hammond from Weathertrending said: "Southern and eastern areas are most of a continental chill from February 18, with an ongoing chance easterly winds will bring much colder air towards us."

With Office forecaster Simon Partridge told the Daily Star: "We have not had the last cold spell or winter.

Dad, 43, let two Staffies feast on his face to protect face and throat

THE END OF MAY

“There are likely to be cold spells in the period from February 22 to March 10.

“We can see snow at low levels with nights below zero, although it's too early to say how low temperatures will go.

"Spring might officially start on March 1 but there's still potential cold ahead in March."