What does Nicolás Maduro do to overcome the economic sanctions in the United States?

The sanctions from Donald Trump leave Venezuela without its main trading partner: the United States.

The North American country is the destination for 42% of Venezuelan exports and the origin of 38% of imports, according to the 2017 Economic Complexity Observatory data.

The penalties on Pdvsa, the state's oil company, now pose a major challenge to Nicolás Maduro, as oil sales abroad contribute 90% of Venezuela's income, and 41%, as a buyer to the United States, had at least until 2017.

Caracas has for some time tried to diversify its customer base and to invest in other products depending on who was the trading partner, but political enemy; as well as oil price fluctuations, which have been declining for years.

But less than two months after the sanctions came into force, several countries close the door to trade with Venezuela because of the fear of being hit by them. 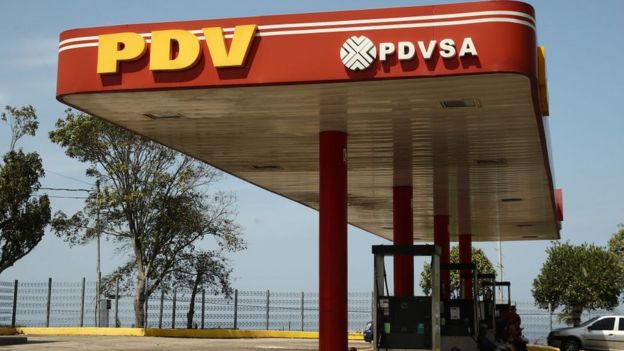 The Venezuelan oil company, PDVSA, is subject to sanctions that will limit its business abroad VALERY SHARIFULIN

Meanwhile, the world sees how Venezuela is trying to continue to participate in the world economy, but without doubting what will happen to the already depleted economy in the coming months, and what consequences this fall will have on the political level.

From Lisbon to Moscow

After the United States blocked at the end of January the assets that PDVSA has within its territory, Caracas has taken measures so that it does not occur in other latitudes.

Citgo, the subsidiary Pdvsa in the United States, was one of the most valuable jewels in the country. By losing its control, the Venezuelan government has been left without being able to cope with $ 7 billion in assets and about $ 11,000 million that would have generated its activity this year, according to the data reviewed by the US Security Adviser in the United States, John. Bolton. .

To avoid this being repeated in Europe, where many European Union countries do not recognize Maduro as president of Venezuela, but Juan Guaidó, Caracas last week ordered the transfer of the European headquarters PDVSA in Lisbon to another port Insurance: Moscow .

"Europe does not guarantee respect for our assets," Delcy Rodríguez said in the announcement. Russia, a commercial and political partner in Venezuela, defends Maduro's legitimacy as president and condemns Guaidó's self-protocol as the "president responsible for the country".

"The same capitalist world violates its own laws," said Rodriguez, who gave an example to Citgo, as he said, "was shaken by the US government." 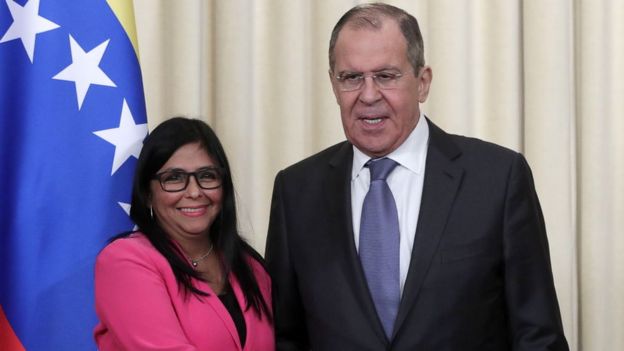 "Europe does not guarantee respect for our assets," Rodriguez said MIKHAIL METZEL

She also referred to the Bank of England, which, according to her, "keeps the gold in Venezuela." The Venezuelan executive ensures that this entity refuses to supply a portion of the gold stored in it. The bank did not want to refuse or confirm this charge.

In response to what she considered "an armed robbery", the government has decided to "strengthen" the energy cooperation with Russia "through this transfer.

But what does this change of meeting place for PDVSA mean?

According to US intelligence firm Stratfor, Venezuela will now be able to move PDVSA staff and corporate documents to a place where they will be "out of line with European investigators and prosecutors" as well as US sanctions.

Paola Rodríguez-Masiu, oil analyst for the Norwegian consulting firm Rystad Energy, said that this step "does not give any benefit and makes little sense".

"The logic behind it is: Venezuela is afraid of Citgo, whose assets were frozen and sent to Guaidó," he told BBC Mundo.

The sale of Venezuelan crude oil to the US was at their lowest point in the last 30 years, according to data from the Financial Analysis Service Refinitive. However, the loss of the North American country as a client is an obstacle to the Venezuelan economy, which is not known if it can be recovered.

Currently, the government's response has been to try to redirect this oil to its second largest buyer: India. 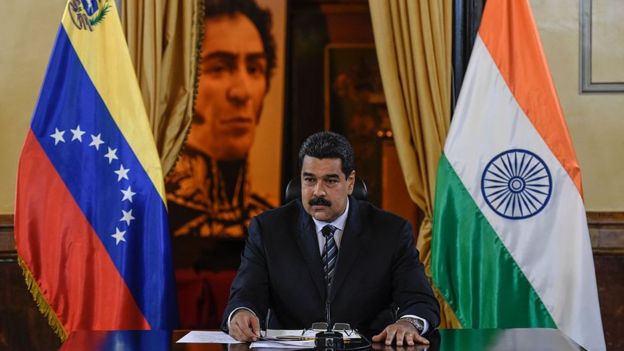 Between January (when sanctions were announced) and February, exports of Venezuelan crude to India increased by at least 31%.

"I don't know if it's the biggest growth that has been, but it is certain that India was the biggest buyer of Venezuelan oil in February," said Hari Seshasayee, an analyst at the Wilson Center Research Center, to BBC World. "Depending on the sources consulted, India bought between 500,000 and 600,000 barrels a day from Venezuela."

The South Asian nation is the third largest buyer of crude oil in the world. As Seshasayee points out in a recent Wilson Center report, the growth of the economy in the 21st century (averaging 7.5% over the first decade) increased the demand for fuel for transportation, industry and households.

Between only 2005 and 2013, India doubled its oil imports, so it is not surprising that it ended up with Venezuela among its suppliers, despite the few ties that bind both countries.

Nevertheless, Francisco Ibarra, director of the Venezuelan consulting firm Econometric, believes it will not be an easy task to find new customers for the oil purchased by the United States.

"Most refineries are not made for Venezuelan crude oil, which has a high sulfur content," he told BBC Mundo. 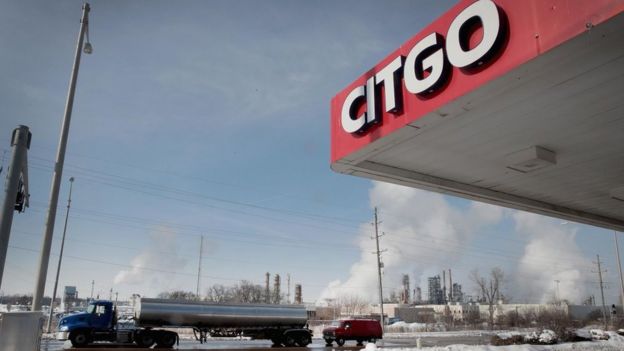 Venezuela owes money to China and Russia, its traditional allies, so an increase in oil sales to these countries would not result in new income but would be a debt payment. The United States was a buyer who paid on time and at a good price, recalled Ibarra, who believed that PDVSA now has "a monumental challenge".

"It's not that easy to sell to another, you need to create demand." If it was easy to find new markets, Venezuela would have stopped trading with the United States for some time, he added.

The Indian opportunity is also uncertain. Seshasayee believes that it will only work in the short term because the increase is due to Venezuela offering "big discount oil" to the two refineries that buy it: the Indian giant Reliance Industries and Nayara Energy owned by the Russian state oil company. Rosneft.

For him, the experience of what happened to the sanctions against Iran is "important".

"Reliance, which bought a lot of oil from Iran, stopped almost every purchase in this country … I think if the United States puts pressure on, they will stop buying from Venezuela, especially Reliance, which has many interests in USA. " .

"Trust will continue to buy Venezuela, but only as long as they remain unaffected by the sanctions," he concluded. 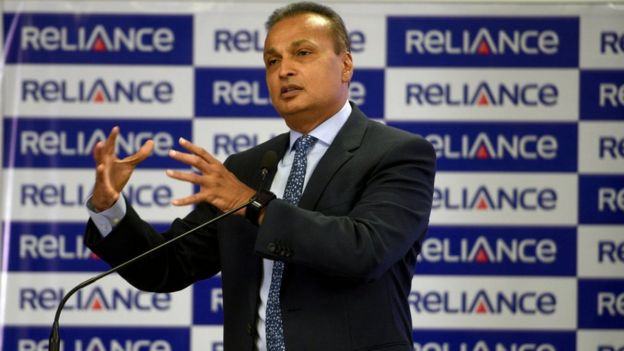 Paola Rodríguez-Masiu recalled that another solution that does not bear fruit is that taken before the first sanctions imposed by the United States when Venezuela used a "triangulation strategy" which consists of selling the raw material to an intermediary ("trader") It was responsible for marketing it.

"The problem is that there are now several difficulties in finding traders willing to work with Venezuela." Although the sanctions do not fall into the notion of non-US companies, foreign refineries fear that in the future they will be expanded and influenced. "

The traders are not prohibited from negotiating with Venezuela unless they are of American origin, the Latin American expert told economic analysis and forecasting firm Oxford Economics, Carlos de Sousa, BBC Mundo.

Another reason they may not want to deal with Caracas is the desire to "prevent reputation risk" from negotiating with Venezuela, but this is not a legal risk for now. "

Contrary to the decline in oil prices in recent years, the Venezuelan government has been heavily committed to another source of income: gold.

"The obligation to sell gold is nothing new, and last year Venezuela sold only $ 900 million in gold to Turkey alone," said De Sousa.

The United States and other Western nations have warned countries buying Venezuelan gold of possible consequences. 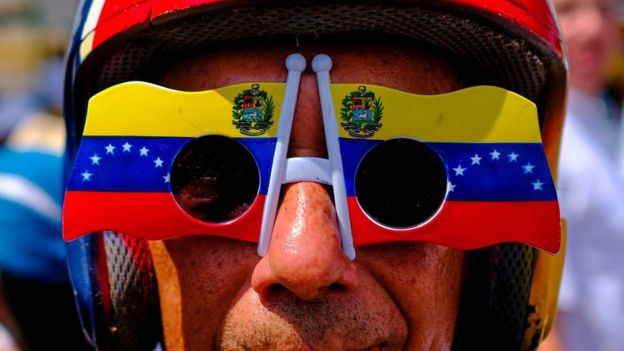 "The reduction in oil exports will amount to $ 20,000 this year," said Carlos de Sousa MATIAS DELACROIX

In addition to Turkey, much of this gold was purchased by the United Arab Emirates (USA), but after this pressure, the investment company for that country, Noor Capital in early February, announced that it would refrain from future transactions with Venezuela until its situation stabilizes . And this despite the fact that as if the company is reminded of buying Venezuelan gold is not "an illegal or prohibited operation".

However, Turkey has not yet shown signs of this pressure.

De Sousa pointed out that the gold sold so far was not monetary, that is, it did not belong to the Venezuelan central bank and was therefore not part of the country's reserves.

"The regime will certainly try to sell monetary gold from the central bank, but the US threat to punish financial institutions that buy this gold greatly limits the number of potential customers," the expert added.

"In any case, it is totally impossible for the regime to compensate for the fall in oil consumption. The reduction in oil exports will reach $ 20,000 this year due to the complexity of sanctions, the chronic fall in production and lower oil prices."