Baby girl suspected of being kidnapped in Xuan La, Hanoi 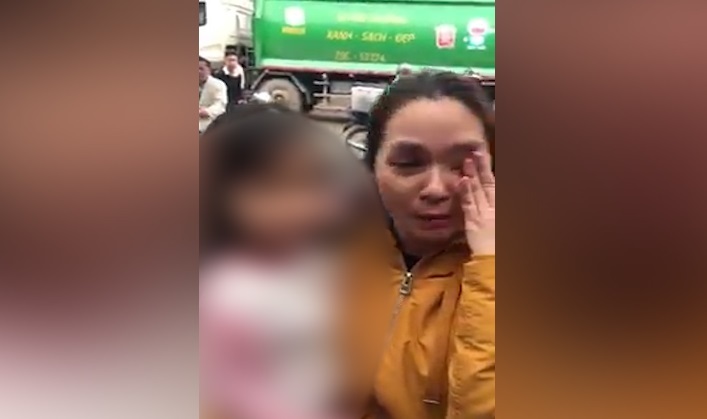 A man was surrounded by people in Xuan La Street (Tay Ho, Hanoi) because he suspected attempting to kidnap a 3-year-old girl.

video: Her mother told the incident.

A man was seized by the people in the area of ​​Xuan La Street (Tay Ho, Hanoi) because of the intention to kidnap a girl about 3 years old. Part of the incident was recorded by Mr H.H and shared widely on forums.

Contact the owner of the clip, said Mr. H. around noon. 12.00 on March 17, he went to Xuan La Street (Xuan La Ward, Tay Ho, Hanoi), the section near the university. The interior proved a great crowd.

The woman had a yellow jacket – her mother told her she went to work, and when she came home, she could not see her.

Checking the home security camera, she discovered that the daughter was taken away by a man. She chanted everyone and then went to look for fire. When she arrived in Xuan La Street, she saw the baby in the water shop with the man in the camera, so she hurried to pick up the baby.

People know that the incident also hurried, hold the object close. "At the time of carrying me in my arms, my mother was still shocked," said Mr. H ..

Captured by the people, repeated the man repeatedly, insisting that he was drunk and insisted on kidnapping the girl.

Mrs Ngoc Anh – her aunt also confirmed that the above information is correct. She said the girl at home is called B.G. When I heard about him, the whole family was very shocked.