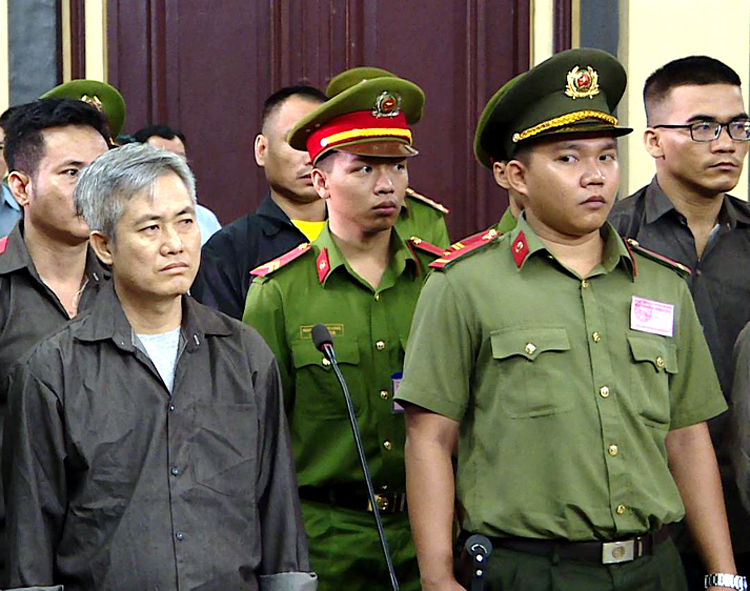 The panel considers the construction of the Gulf and its accomplices to be particularly dangerous, threatening national security … so it should be strictly punished.

The court also maintained the sentence 8-11 years for Nguyen Van Duc Do (44 years old, from Thua Thien – Hue) and 2 others for the same crime. After serving the main punishment, the defendants were placed under local detention for 3 years.

According to the panel, the Gulf and accomplices have close coordination, specific task and lure the participant's power. The conduct of the defendants violated national security, the existence and strength of the people's government as well as the state of Vietnam, so that it would be strictly punished.

The first instance, Mr. Bay often reads negative information about social networks, brings together 4 co-founders to gather forces to set up the organization. Vietnam National Union. This group of people attacked and misrepresented the party's political guidelines to overthrow the state of Vietnam.

In the proclaimed Mr. Bay as chairman, set goals, operational guidelines and attracted many participants. As a substitute, Do's helps develop organizations.

Hoan and another person act as advisors, help the bay prepare materials, introduce staff … The other defendant is in charge of the military and tries to lure the attendees.

On November 6, 2016, the police were arrested as the group distributed materials for debut in a church in the Tan Binh district. From the evidence, the seized documents and testimony from Hoan, the investigating agency found the remaining persons.

After the first trial in October last year in Ho Chi Minh City People's Court, the Gulf complained and 3 co-informed asked another person to reduce the sentence.

At court today, the bay does not recognize the founder of the organization Vietnam National Union, don't directly overturn anyone, just talk, discuss and play with some people.