The suspect murdered the young woman in Dien Bien was arrested 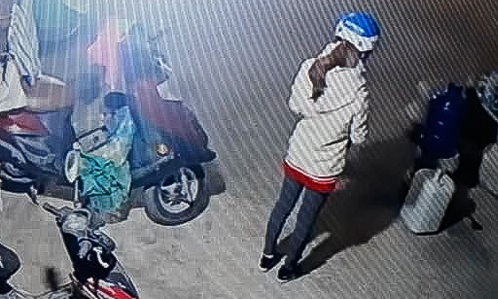 Hung told four other people to arrest, murder and rob the property of a girl who provided chickens to help her mother in the afternoon at Tet.

On the afternoon of February 11, the police department, Dien Bien province, detained Vuong Van Hung, who was temporarily resident in Noong Het municipality, Dien Bien district. Hung is accused of co-conspirators arresting illegal people, seizing rape, murder and robbery. The suspect was arrested on the night of February 10 while hiding in the area and on the morning of February 11 he was sentenced to a temporary shelter.

In the first step, Hung, on February 4 (30 lunar New Year's Eve), recognized the district market when he saw the beautiful girl Cao Thi My Duyen, and helped her relatives sell chickens so he was out to buy, pray for a phone number to get in touch optimistically. 18h the same day, after discussing with four accomplices, Hung telephone set 10 chicken, and requested the Duyen to go to Thanh Truong department, Dien Bien Phu city.

30 minutes later, the 21-year-old girl brought chickens to the address, Hung pointed at another time, and then controlled the victim. Issues that have detained and raped women born from the evening of February 4 to February 6, have been taken to an abandoned house in Team 11, Thanh Nua municipality, killed. All the chickens and personal belongings, including Duy's mobile phone, were taken away by Hung's group.

Without seeing his daughter coming back, calling and not contacting, the mother went to the police to report. Three days later, the motorcycle and the victim's body were found a few dozen kilometers away from the house, away from the scene where the body was found.

Investigation of the police arrests the remaining suspects.